peer review covid  Mass existing in two forms needs a solid peer review.
each mass measured through second law diagram
gravitational mass.  Newton did not know.  every particle mistake, vector away
inertial mass history born out of aristotle.
​
mass is a scalar quantity
stationary ball.  absence of external force and or plus inertia
Newton's first rule of reasoning
weightless during descent because mass is weightless
all things fall at the same rate because mass is weightless

​
off shoot of mass = why ball does not roll
​
fair go motive mathematical physics not giving the world a fair go
​einstein ball stationary in the horizontal plane because of its quantity. non einstein ball stationary in the h p because of the absence of an external force in the h p..
Einstein  ball continues rolling because of its quantity.  non einstein continues rolling because of a a formual of mathematicla physics  That formula being mometum.  m x v
Einstein a resistance to increased or decreased velocity in the h p is inherent of the ball at all times.  Non einstein reistance is the equal and opposite reaction to the foce causing the change and manifests as a measurable weight direct in the opposite to change of motion.  The important non einstein point is the resistance is not inherent of matter.  It does not exist prior to the force that is causing the change.
whatever weight is in the einstein world, in the non einstein world is the potential acceleration of mass.
In the einstein world every mass consists of  two types of mass.  One type of mass within mass is gravitational mass. That type of mass is what causes mass to attact all other masses and be attracted by all other masses.  The other type of mass that mass consists of is inertial mass. Inertial mass is the mass type that makes all those motion attributes be.
In non einstin world there is only the mass type of mass. In the non einstein world, even though it knows the differenc, the einstein world is confusing weight and mass.  This is done when attibute what we call gravity and motion to mass.  Gravity may be a correct attrbute of mass.  But placing the adjective of gravitational in front of mass does explain how mass causes gravity. deal with that in ugravitat.


​
uniform motion is the conservation of free momentum.   What is regarded as inertial mass causing  resistance to acceleration is accelerated mass instantaneously weighted within in the opposite direction to that acceleration. Not inherent.
Weight, whether due to an absence of descent in an inverse square law or due to an instantaneous resistance to acceleration, is the potential acceleration of mass.
That weightlessness during descent and the reason all quantiles of mass descend at the same rate is due to fact that mass is weightless.
​mass is a scalar quantity
mathematical ps get scientific. not so mathematical. universe never be solved thru equations.
uniform motion =

scalar quantite and vector quantities
mass scalar becomes a vector through adjectives.
a body is at rest or moving at a constant speed in a straight line, it will remain at rest or keep moving in a straight line at constant speed unless it is acted upon by a force
first part is the conservation of momentum  not negotaiable greatest motion
​resistance is weighting of mass  in the opposite direction to an acceleration
A little reflection will show that the law of the equality of the inertial and gravitational mass is equivalent to the assertion that the acceleration imparted to a body by a gravitational field is independent of the nature of the body. For Newton's equation of motion in a gravitational field, written out in full, it is:
(Inertial mass) . (Acceleration) = (Intensity of the gravitational field) . (Gravitational mass).It is only when there is numerical equality between the inertial and gravitational mass that the acceleration is independent of the nature of the body.

prepared to be bored.  The maintenance of the foundation of Einsteins theories requires a simple demonstration that weightless mass also exists as inertial mass and gravitational mass.

Our only
The first step to writing physics is stating that mass is a scalar quantity.
A scalar quantity is a quantity measured by its magnitude.  In contrast a vector quantity requires both magnitude and direction to be quantified.
The history of a differentiation between vector and scalar quantities seems to predate the Copernican revolution. Possibly can be traced back to the B.C period.
If scholarship had an intellectual rigour about the difference, we would not have lived through either of Albert Einstein's theories of relativity.
mass is a scalar

census?
animation
two types of mass come on weak minded
being dependent on acceleration to measure inertial mass leaves the concept of inertial mass maintaining uniform motion to be an unknown. means resistance to a change of motion originates with the force causing the change
each is measured calibrated by the inverses square standard mass
newton's first law of motion law of inertia     weight is potential momentum
predictions
​rotation rates
newton's law of gravity

Galleo Einstein Newton
historically the law of inertia
defining inertial mass through 2nd law is a contradiction of terms
does motion perservere as a mathematical fact or because of an untraceable property of matter
define weight.  weight is relative to a chosen stanadrd   that is 50 to 100
inertial mass measuring the equal and opposite acceleration to a weight. that is using the known rate of acceleration due to an inverse square law to measure the weight of one object relative to another.
principle of equivalence.  gravitational mass using 2nd law to measure weight.  thus when same object is measures as gravitational mass and then inertial mass it means that the mass of the object has not altered between measurements and general relativity is just a complex way of saying 1 = 1
Resistance to a change of motion is a weighting of a mass in the opposite direction to the force causing the change.  Neither the reistance or the change causing force exist proior to the existence of the other.
Descent in an inverse square law. ristance in the inverse square law

all measurements of mass are a calibration against an acceleration rate. 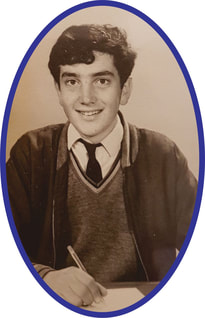 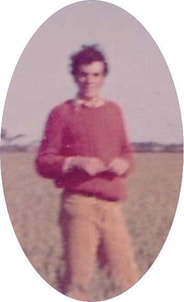 This is just stupid.  This is embarrassing.
if you don't believe that every particle in the universe is attracting every other particle in the universe, there is a not lot more to add.  The second high tide being explained as the equal and opposite reaction across the centre of the earth and not through either a rotation around a joint earth moon centre of gravity inside the earth or a reduction in lunar inverse square law magnitude across the diameter of the earth or some combination of the two is the message of intent.  Has burnt inside for over thrirty years by now.  Coupled with the earth falling towards a moving point and not from its own motion towards a fixed point, that is basic information everyone should have.

There is to add a few things that are less definite but more significant if right.  They are the probability that there is direct relationship between inverse square law rotation rate.  That probabilty would be staring the plaent in the face is it wasn't for two laws of physics that simply shouldbnt be in the school books The first of those laws in Newtons laws of gravity.
​
We all look and sound like we do I guess. This is 2021. The first photo say 1967. The second definitely 1971.  Between the two photos something scholastically unusal had happened. Physics classes were left in disbelief.  The teacher of the time was delivering untenable explanations of both the tides of the earth and the motions of the planets around the sun. So, if you can bear with what some one looks and sounds like, the world may be able to move from fixed sun to moving sun scholarship.  And just as importantly move on from a harebrained concept about every particle in the universe attracting every other particle in the universe.

​
the story so far