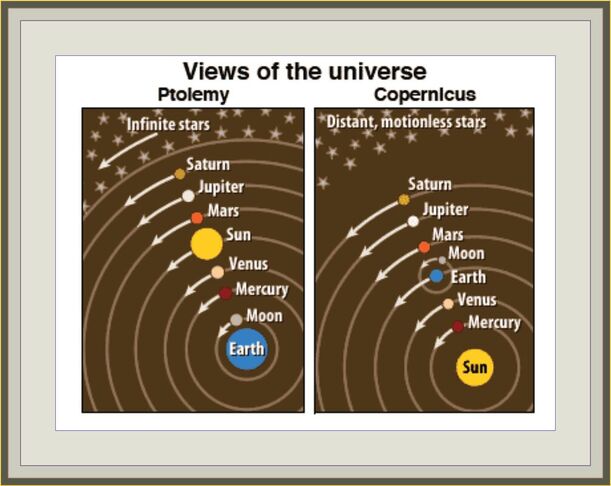 Ancient doctrines were stating or were interpreted as specifying the earth is fixed in the centre of the universe.

In 1543 Nicholas Copernicus publishes a book. Contrarily, the book is about the earth being a planet in motion around the sun. Nicholas is Polish. 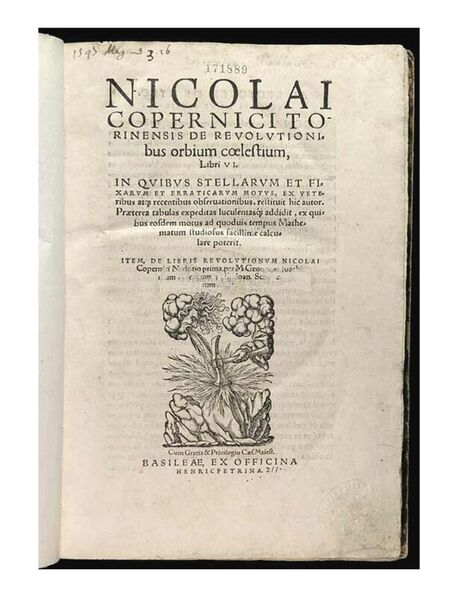 ​Around 1600 Italian Galileo Galilei devises a physical explanation of why the earth and other planets are able to orbit the sun. Coupled with a balance between a compulsion towards the sun and a theoretical motion at a right angle to the compulsion, the explanation involves planetary motion being a perfect circle around a fixed sun.
​
In the early 1600s Johannes Kepler publishes three laws of planetary motion.

1/ The path's of the planets around the sun are elliptical.

2/ The speed of an individual planet relative to the sun varies with the inverse of distance from the sun.

3/ The average speed of a planet squared relative to the sun varies with the inverse of distance from the sun.

​Johannes is German. The works of all three moving earth believers state a belief about the sun being fixed in the centre of the universe.

In the late 1600s Englishman Sir Isaac Newton publishes a book. The writing includes a union between Galileo's physical explanation of circular planetary motion around a fixed sun and Kepler's elliptical discernments.

​There modern earth bureaucracies (link) accept a revolt against fixed earth scholarship to be concluded.

Sometime in the twentieth century the telescope delivers contrary information about the sun being in motion.

As a revolution boasting a solution to why the planets are able to orbit the sun, it was not completed and also absurd. A dependency on the sun's gravity being intermittently turned off made it so.
one way descent