Whether a star's gravity field happened to be fixed in the centre of the universe or fixed anywhere else, the earth could not be experiencing a suspended motion within a fixed gravity field. 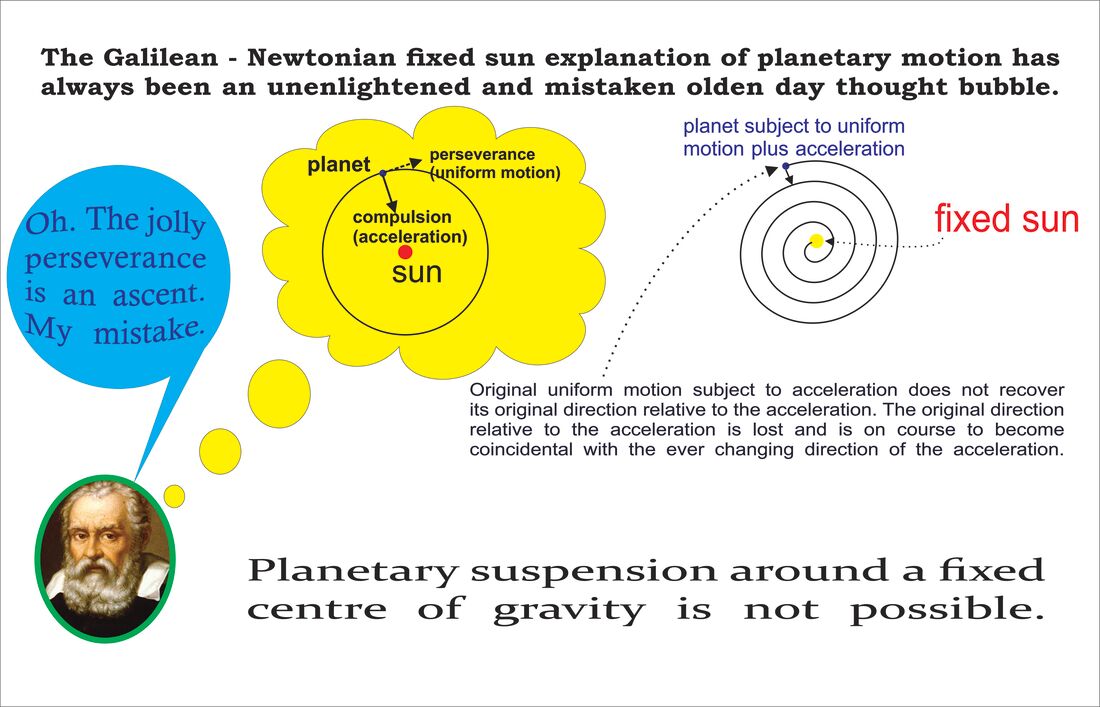 Apart from mistakenly employing an equivalence between acceleration and uniform motion, ​Galileo's above explanation of planetary motion was unable to fit with the elliptical component of Johannes Kepler's first and second laws of planetary motion.

The third of Johannes's laws was the one saying that there is a causal link between the magnitude of the sun's inverse square law at a planet's distance from the sun and the average speed of a planet relative to the sun. That link can not be investigated through Newtonian gravity field physics.

Or, if Sir Isaac Newton had of observed his descending apple as an acceleration relative to the motion of the planet he was on, his fixed earth sleight of hand cannonball physics would not have become part of a schoolteacher's classroom spiel. Meaning the curvature of the earth doesn't suspend satellites above the earth. It's the motion of the earth's inverse square law that does. 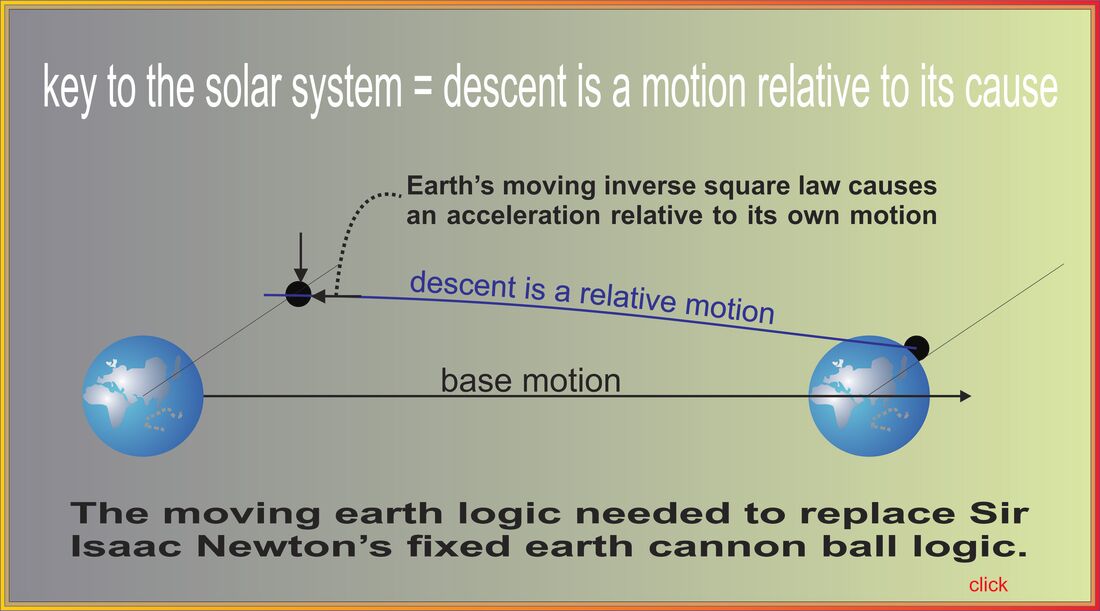 ​​In rudimentary form, the real solution to planetary motion begins on the following animations. On the first one, the elongated inverting blue curves in total are an introductory glimpse of what a year of the earth's galactic journey looks like. The important thing for a physic's schoolteacher to note is, using this chosen start of the earth year point, for the first six months of the year the acceleration within the advancing blue curve is in the opposite direction to the advancement. Meaning the earth decelerates for six months. Then accelerates for next six months and so on around the galaxy.   [In three dimension the angle of the planets to the path of the sun is currently reckoned to be about 60 degrees. Not the zero degrees as appears on this two dimensional animation. Thus the 60 km/sec absolute speed differential over a six month period will be less.]
The growing red arc is what current schoolteachers are tuned to. The growing red arc is not what an earth year looks like.

Someone else has a less to the point (the planets should be in front of the sun half the time) but more cinematic moving sun animation on YouTube.
The indispensable knowledge is the earth's apparent direction of fall towards the sun orbits the sun. In a pendulous rhythm, the earth itself swings across the speed of the sun. When schoolteachers are in their classrooms, they and their students are on a galactic journey, not a journey around a fixed sun, etc.

​Both of Galileo's compulsion towards the sun and a motion at a right angle to that compulsion are really ongoing ascents and descents to and from the path of an inverse square law and axii at right angles to that path. 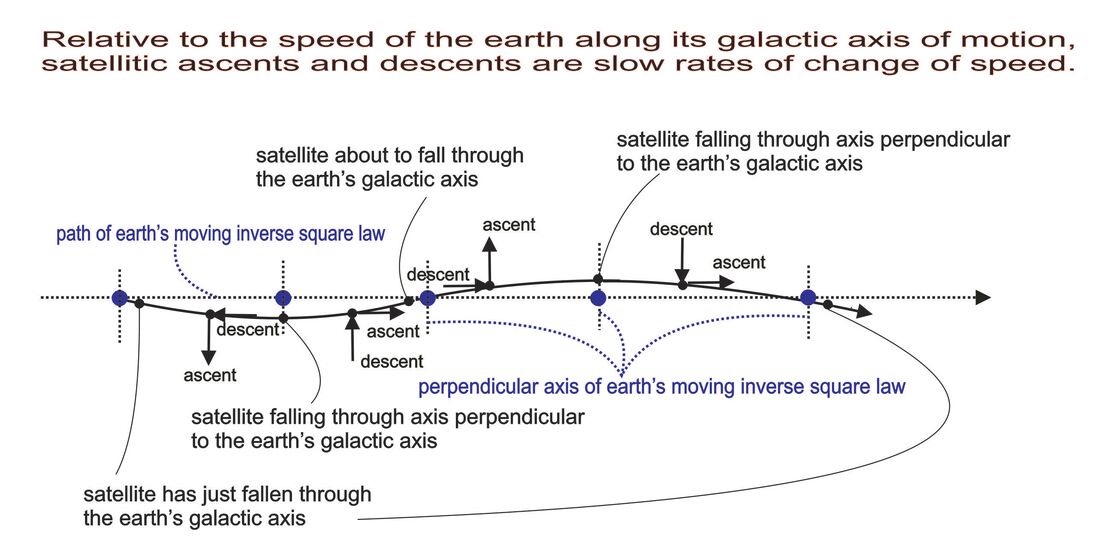 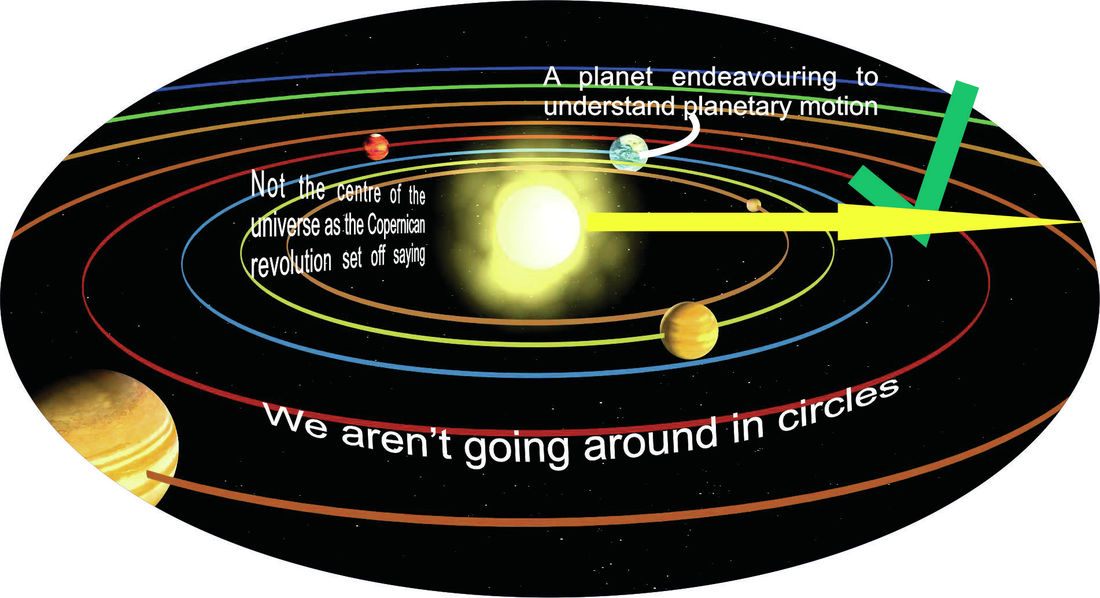 The critical post Copernican conundrum that arises is the one of how and why the moon accelerates and decelerates in accordance with both the sun and earth inverse square laws.

The sun - earth - moon relative motions is the riddle in search of solution.

The overriding point about Sir Isaac's calculations = the Copernican revolution was a correction of pass mark standards from a fixed earth error to a fixed sun error. 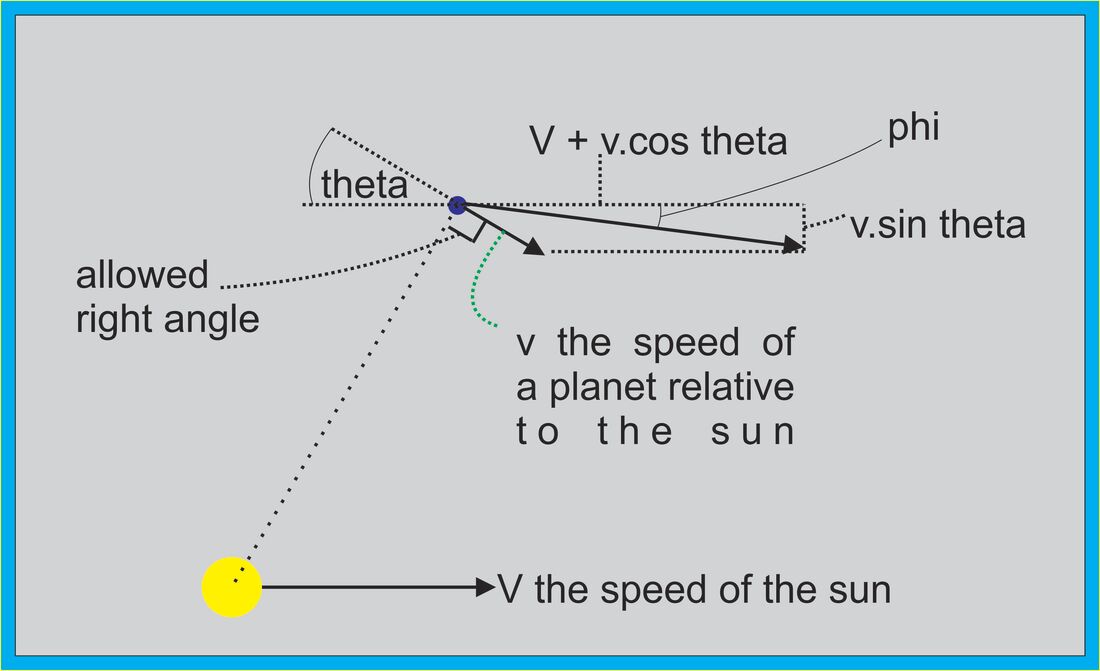 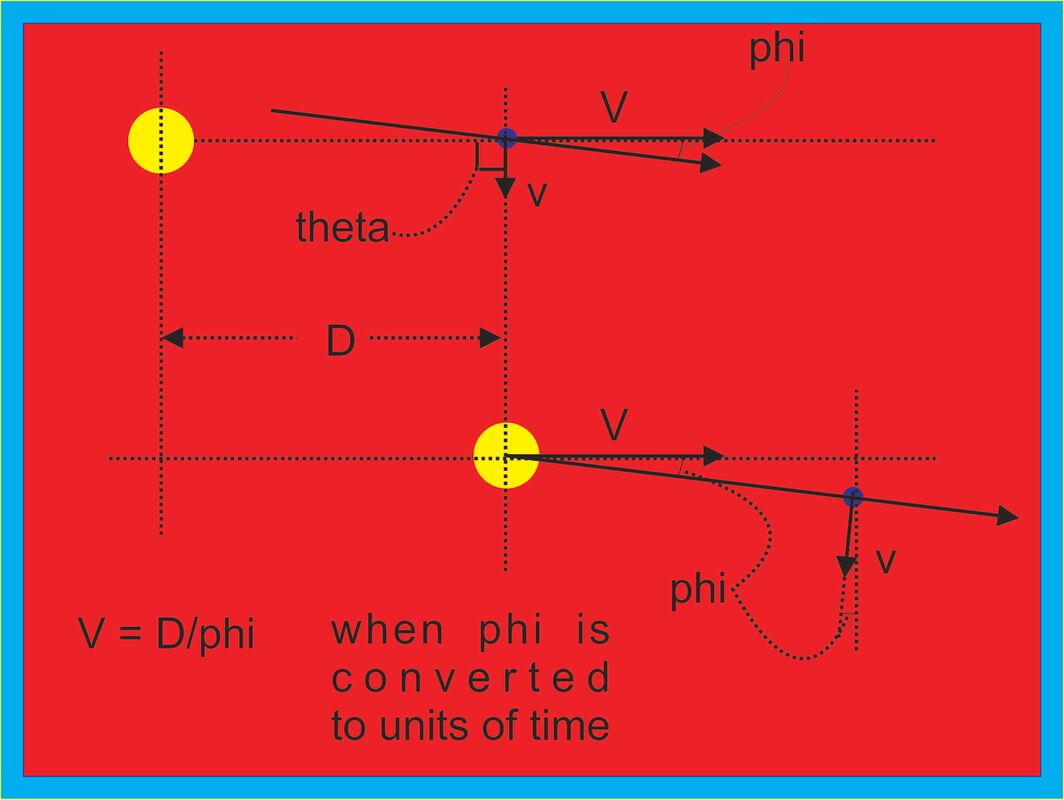 Problems outlined overcome, calculating the speed of the sun is still a sizable task for the world to undertake. Separate  equations involving V and phi is the starting point. Understanding ocean heights properly is the more important chore at hand. Newton's first law of motion also needs its neglected tidy up.
Aristotle